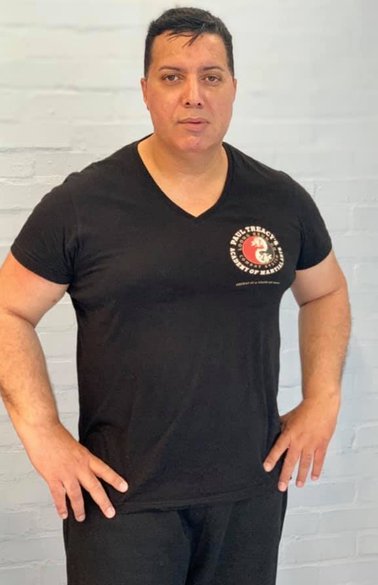 Over the years Paul has been fortunate to train and work with some of the top people in the world of martial arts.

He was honoured with the title of Sifu in 1987 by the founder of Spirit Combat, Grand Master Brian Dossett and Wing chun Master Peter Hiu; he has also been awarded with many other titles and ranks over the years.

Over the years Paul has been invited to teach in different countries, including Greece, America, Cyprus, Sweden and Portugal. He has also worked in security for many years, including close protection work as a bodyguard to various celebrities. He has also been featured in `combat’ and `martial arts illustrated’ magazines, two of the former leading magazines in the UK.

He holds the ranks of Red Sash 9th Level Master and founder of the LKD, Red/White Belt belt 9th Degree Master of Jiu Jitsu and Red Sash Master rank in Wing Chun; titles of Kyoshi (Professor of the arts), and Sijo (founder).